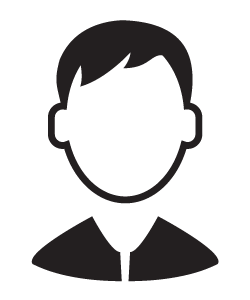 Yo! My name is Ricky and this is my new auto blog. I decided to start writing this blog after a long conversation with my brother about his car. My brother has been having some problems with the engine and he wanted my advice. During our long conversation, we ended up touching on many different automobile related subjects such as painting bodywork, checking the condition of your tyres and making the interior of a car as comfortable as it can be. I am not an auto mechanic but I have been working on my car for so many years I have learnt a lot of tricks and tips. My brother suggested I start this blog to share my knowledge with others.

The engine mounts aren't things people think about a lot, but they perform a vital role. As the name implies, an engine mount is responsible for securing a car's engine to its chassis. Made of metal and rubber, they are designed to absorb and dampen vibration while also withstanding the force created by the engine. In some cases, the engine mounts can start to fail. When that happens, you're apt to notice the following five symptoms.

Probably the most common sign that your engine mounts need attention is excessive noise from beneath the hood. Of course, your car can produce many abnormal noises due to different problems, but you should be able to distinguish those caused by engine mount issues—they will sound like heavy impacts rather than scraping or rubbing. This occurs as the engine shifts from side to side, crashing into the walls to either side as it does so.

Dampening vibration is one of the main responsibilities of your engine mounts, so it should come as no surprise to learn than excessive vibration is a sign they aren't doing their job. As your mounts wear out, the rubber or dampening fluid cannot perform properly, so you'll start to notice vibration throughout the entire vehicle. Vibrations should remain fairly steady, perhaps increasing during hard acceleration.

Since an engine fixed to failing mounts will not be held properly secure, you can sometimes simply take a look under the hood and notice that the engine is out of proper alignment. Of course, plenty of drivers won't be confident making such a visual inspection. If you're one of them, try simply looking at your vehicle from the front. Is it tilting slightly to one side? If so, it's likely the engine has moved out of alignment.

Engines are extremely heavy, which is why your vehicle can sag to one side slightly when the engine moves out of alignment. That's likely to have a knock-on effect on your ride. As you drive, you may feel your vehicle pulling to one side or becoming less responsive.

A moving engine is bad news. It can cause damage, and the exhaust system is particularly at risk. Connections in the exhaust system can become broken or worn as the engine continues to move around. Excessive exhaust noises may result, and it's even possible that exhaust gases will infiltrate the passenger compartment. If you notice excessive exhaust noise or smell fumes within your cabin, visit a mechanic at a car service centre like Blue Ribbon Motors as soon as possible.